Are you planning to take the step of buying a house in the sunny south of Spain soon? JM Real Estate Consulting Spain will give you some insight into the Spanish eating habits.

The five meal moments in Spain

In Spain, authorities, specialists and institutions say that eating five times a day is the healthiest. Many Spaniards adhere to this, although it is not always possible for everyone. Anyone who visits Spain often or lives there knows of course that people in the south have a different life rhythm and this is also reflected in the meal times and daily schedule.

When it comes to eating, most Spaniards have a tight schedule whereby they try to keep to the healthy idea of eating five times a day. We are talking about the Desayuno (breakfast), the Almuerzo (morning snack), Comida (afternoon meal/lunch), Merienda (afternoon snack) and finally the Cena (evening meal/dinner).

The pace of daily life has changed a lot in Spain but the midday meal is still a very important event. Even in the cities with their fast-food restaurants, people go back home for a good midday meal and at the same time enjoy their siesta after lunch before returning to work. The day starts with the “desayuno” which is breakfast. At first glance, this does not provide enough energy to survive until lunch. Breakfast consists of “café con leche”, coffee with lots of milk and bread, toast or “churros”, fried dough sticks with sugar on top. However, churros are no longer eaten everywhere for breakfast.

Breakfast for children often looks very meagre consisting of a hot drink such as chocolate milk or hot milk and biscuits dipped in it or cereal. However, many people skip breakfast and have it later around 11am when they are basically already at work, something that is very common in Spain. Because the normal breakfast is not enough until lunch time, practically everyone takes a second breakfast between 10 and 11 a.m., which for some is a first breakfast. This can be described as a morning snack or “almuerzo”. This meal is usually a coffee with a sweet roll or “pan con tomate” which is bread with tomato. There is also the possibility of having a “bocadillo”, which is a bread roll with fillings. There are also many sweet rolls, such as croissants, magdalenas and rolls with ice cream, chocolate or creme filling. The “comida” is the midday meal and consists of at least three parts: a starter (primer plato), a main course (segundo plato) and a dessert (postre). The starter is usually a soup, a dish of eggs or a salad. Then comes the main course of fish or meat and potatoes and then there is a dessert which is often a piece of fruit or a pudding. Many working Spaniards often eat a “menu del día” in a nearby restaurant. These are often complete multi-course meals with everything included and usually at very reduced prices. In the big cities, dinner or “cena” may not be served until between 10 and 11pm so you need something between lunch and dinner. In the late afternoon, roughly between 17 and 19 hours, there is the “merienda”, a light meal or snack. That is why the tapas bars fill up again until about 8pm. 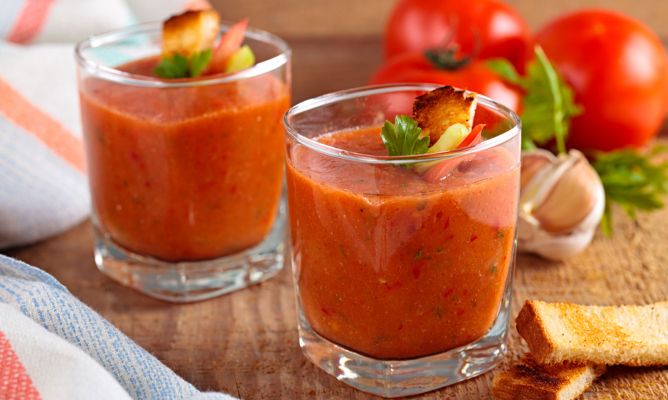 As lunch (comida) is more important to most Spaniards and more attention is paid to it, dinner (cena) is often lighter and consists of bread, soup, salads, etc. In general, people eat between 21 and 22 hours. In the weekends, the Spaniards often eat out and then the restaurants only fill up from 9.30pm onwards. This is the reason why northern Europeans, with their earlier eating times, often have enough room when they go to a restaurant. But beware, most kitchens do not open until 8pm, so you will have to be patient if you want to eat out in the evening.

Are you planning to buy a house in the sunny south of Spain?
JM Real Estate Consulting Spain will be happy to assist you in finding your dream home in the beautiful and authentic Andalusia and we will be happy to familiarize you with the culture of this pleasant country.